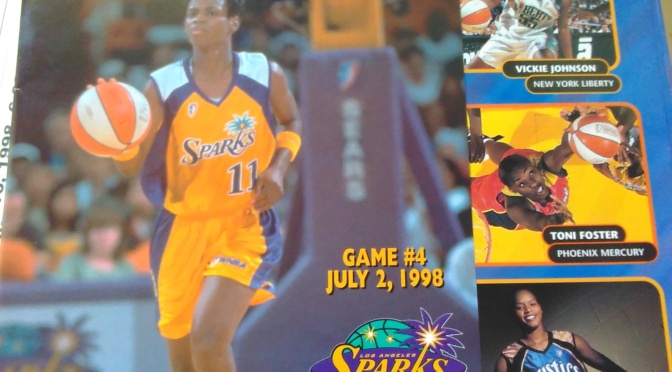 1998 was the second season for the Los Angeles Sparks at the Forum. As we all waited in anticipation for the players to take the court, we could feel the power of the crowd. It was overwhelming to see the fans welcoming in a new season for the SPARKS. Wanting a win in the 1998 playoffs. Exciting to see what the new season would bring. As the players were being introduced people were still streaming into their seats. It was a packed house for the opening game.

The feeling that women had made it to the top tier of sports was exciting. Finally we had positive role models for the young girls growing up in this area.

1998 was the second consecutive season for The Sparks. Missing out again on the playoffs. This would be the last season they missed the playoffs until the 2007 season.